WASHINGTON — The race for control of the Senate is already underway — and it is being fueled by outside groups that do not disclose their donors.

In nine key Senate races, outside groups have already spent at least $12.5 million on advertising and grassroots communications targeting both already announced and potential candidates. Nonprofit groups that are not required to disclose their donors are responsible for $11.2 million of that spending. These totals are reached through a combination of Federal Election Commission and Federal Communication Commission records, press releases and advertising buy data provided by a Democratic source.

The amount spent this year significantly exceeds that spent at this point in the 2014 election cycle. The total spent by outside groups continues a trend that has set in since the Supreme Court’s 2010 Citizens United decision unleashed a rising tide of outside spending in elections.

Leading the way in 2016 Senate battleground spending are a small number of groups aligned with the Republican Party. Americans for Prosperity and Concerned Veterans for America, both affiliated with the billionaire brothers Charles and David Koch, combined to spend at least $4.3 million. The U.S. Chamber of Commerce, the nation’s largest corporate lobby, has spent $2.3 million to boost Republican candidates. One Nation, a nonprofit recently taken over by the strategists running the Crossroads groups founded in 2010 by Karl Rove, has spent $1.9 million.

A large portion of the advertising and advocacy done by these groups, none of which disclose their donors, comes in the form of issue advocacy. This means that the advertisements stop short of calling for the election or defeat of a particular candidate and instead implore viewers or listeners to call them and either praise or denounce a particular stand they have taken on a given issue.

A controversial Internal Revenue Service policy allows nonprofits to spend up to 49 percent of their budget on express political advocacy so long as they spend the other 51 percent on the stated purpose they provide to the IRS to gain tax exemption. A small but significant number of groups often spend large sums on issue advocacy directed at candidates they will later target with express support or opposition.

Those already filling the airwaves in battleground Senate races include Concerned Veterans for America. The Koch-funded veterans’ group has spent $1.5 million on an advertising campaign in Pennsylvania touting Sen. Pat Toomey’s (R-Penn.) support for legislation — enacted in 2014 — to fix healthcare and bureaucratic problems at the Veterans Affairs Administration.

In New Hampshire, Americans for Prosperity is running a $1.2 million advertising campaign hitting Gov. Maggie Hassan, a potential Democratic Senate candidate, over her budget proposal and rejection of the budget backed by the Republican-controlled state legislature. The anti-Hassan push goes beyond television, radio and digital advertising as the group’s New Hampshire affiliate has volunteers knocking on doors and distributing literature assailing Hassan’s positions. If she decided to run Hassan would be challenging Sen. Kelly Ayotte.

The Koch-funded Americans for Prosperity also went on the air in Ohio with a $1.5 million ad buy attacking Democratic Senate candidate Ted Strickland for job losses that occurred when he was governor from 2007 through 2011, the peak of the financial crisis and recession. Unlike the ads running in New Hampshire, the anti-Strickland campaign is not issue-based and expressly opposes the former governor. Strickland is running to unseat first-term Sen. Rob Portman (R).

These campaigns from Americans for Prosperity come at a much earlier date than the onslaught of ads the group poured on key Senate races in the fall and winter of 2013, attacking candidates over the disastrous rollout of Healthcare.gov.

Like Americans for Prosperity’s advertising in Ohio, the U.S. Chamber of Commerce is running express political ads supporting Republican candidates. The business lobby is up with ad buys in Arizona, Illinois, Nevada, New Hampshire, Ohio and Pennsylvania.

Since an insurgent class of tea party Republicans has emerged to target establishment Republicans in primaries, the Chamber has stepped in to fight back. Its ad buy in Arizona supporting Sen. John McCain (R) stands out as a possible attempt to beat back any potential primary challenge the former presidential candidate may face as tea party groups look for a target in 2016. The business lobby ran similar ads to scare off challengers in West Virginia in the 2014 cycle.

The print, digital and radio campaign run by One Nation, meanwhile, lends support to some of the most endangered Republican senators including Ayotte, Portman, Toomey, Mark Kirk (R-Ill.) and Richard Burr (R-N.C.). The ads are all issue advocacy touting the senators’ support for legislation to reform Medicare and Medicaid payments to doctors, which passed into law during the current session of Congress.

One Nation and the U.S. Chamber of Commerce are the only groups spending six figures to support Kirk’s reelection campaign in Illinois. Kirk, elected in the 2010 wave election that brought large Republican gains, represents the most Democratic state of all Republican senators. His vulnerable status is underscored by the fact that he is the only Republican who has received more negative ads from Democratic-leaning groups than support from those aligned with Republicans.

Environmental groups including the Natural Resources Defense Council, Mom’s Clean Air Force, Sierra Club and League of Conservation Voters have all run negative issue advertisements hitting Kirk for voting to prevent the Environmental Protection Agency from regulating carbon emissions. The majority of the anti-Kirk advertisements have come from the NRDC and Mom’s Clean Air Force, who joined together for a $1 million campaign.

The two groups are also spending $500,000 targeting Portman in Ohio while the Sierra Club is in the midst of a six-figure satellite television advertising campaign.

Portman is one of two Republican senators receiving support from his own super PAC. Fighting for Ohio, a super PAC run by former aides to the senator, has raised $185,000 and spent $14,000 to boost Portman’s reelection. The largest donor to the group is hedge fund executive Thomas McInerney, who gave $100,000.

Sen. Ron Johnson (R-Wis.) is also boosted by a personal super PAC called Restoration PAC. The group has already spent $500,000 on ads praising Johnson for opposing the nuclear inspection deal negotiated between Iran, the United States and other world powers. Restoration PAC’s ads, however, had to be edited after they included a fake picture of President Barack Obama shaking hands with Iranian president Hassan Rouhani. Richard Uihlein, the head of shipping company Uline, contributed $300,000 to fund the group.

In 2014, the Senate races in North Carolina and Colorado topped the $100 million mark in total costs for the first time ever, thanks to the increased role of outside groups. The early start to outside spending in the 2016 races likely means that the number of $100 million Senate races will grow quickly. 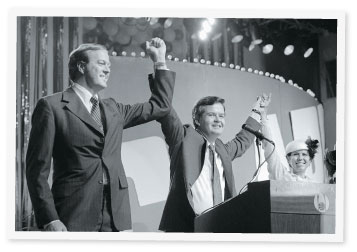