January 30, 2013- The American Legislative Exchange Council is a “stealth business lobbyist,” according to the New York Times. It has been bleeding corporate and business members over the last year due to controversial legislation it has promoted on issues ranging from voter suppression to minimum wage laws.

January 29, 2013- The Senate confirmed John Kerry as a Secretary of State by a vote of 94 to 3. I believe this is a turning point in the fight to stop the Keystone XL pipeline.

Once again, I do not think that a man who had dedicated his Senate career to fighting catastrophic climate change would start his term as Secretary approving the expansion of one of the dirtiest sources of fossil fuels in the world.

January 26, 2013- A brand new conservative group calling itself Americans for a Strong Defense and financed by anonymous donors is running advertisements urging Democratic senators in five states to vote against Chuck Hagel, President Obama’s nominee to be secretary of defense, saying he would make the United States “a weaker country.”

Another freshly minted and anonymously backed organization, Use Your Mandate, which presents itself as a liberal gay rights group but purchases its television time through a prominent Republican firm, is attacking Mr. Hagel as “anti-Gay,” “anti-woman” and “anti-Israel” in ads and mailers.

Those groups are joining at least five others that are organizing to stop Mr. Hagel’s confirmation, a goal even they acknowledge appears to be increasingly challenging. But the effort comes with a built-in consolation prize should it fail: depleting some of Mr. Obama’s political capital as he embarks on a new term with fresh momentum. January 24, 2013- A secretive funding organisation in the United States that guarantees anonymity for its billionaire donors has emerged as a major operator in the climate "counter movement" to undermine the science of global warming, The Independent has learnt.

The Donors Trust, along with its sister group Donors Capital Fund, based in Alexandria, Virginia, is funnelling millions of dollars into the effort to cast doubt on climate change without revealing the identities of its wealthy backers or that they have links to the fossil fuel industry.

Thom Hartmann: What the Billionaire Class is Doing Behind the Scenes

Reuters: The Swiss turn on the super-rich

January 21, 2013- (Reuters) - In February 2008, Thomas Minder, a Swiss businessman whose family-owned company is best known for its old-fashioned herbal toothpaste, attacked his banker, UBS Chairman Marcel Ospel, as if he were a form of stubborn plaque. At a shareholders' meeting in Basel, he stormed the podium as Ospel addressed the crowd. Ospel's bodyguards grappled with Minder and wrestled him away before he could land his symbolic blow — he was trying to hand the embattled head of Switzerland's largest bank a bound copy of Swiss company law, which codifies corporate temperance.

"Gentlemen, you are responsible for the biggest write-downs in Swiss corporate history," Minder had railed just a few minutes before, referring to UBS's loss of $50 billion during the subprime meltdown that prompted it to seek a government bailout. "Put an end to the Americanization of UBS corporate philosophy!"

January 17, 2013- The Canadian tar sands have been called the “most environmentally destructive project on earth”, with good reason. Extracting tar sands bitumen from under the boreal forests of Alberta, Canada requires huge amounts of energy and water. It has cleared vast tracts of forest, left scars on the land that are visible from space and threatened the health and livelihoods of indigenous First Nations communities across the region.

It is a well established fact that full exploitation of the tar sands is a grave threat to the climate. Emissions from tar sands extraction and upgrading are between 3.2 and 4.5 times higher than the equivalent emissions from conventional oil produced in North America.On a lifecycle basis, the average gallon of tar sands bitumen derived fuel has between 14 and 37 percent more greenhouse gas emissions than the average gallon of fuel from conventional oil.

January 17, 2013- John Kerry's expected cakewalk to the U.S. State Department has delighted American environmentalists due to his stance on climate change, but the longtime senator owns stock in two Canadian oil companies that have pushed for approval of TransCanada's Keystone XL pipeline.

Federal financial disclosure records show Kerry has investments of as much as US$750,000 in Suncor, a Calgary-based energy company whose CEO has urged the U.S. to greenlight TransCanada's controversial project.

The longtime Massachusetts senator, one of the wealthiest lawmakers on Capitol Hill with an estimated net worth of $193 million, also has as much as $31,000 invested in Cenovus Energy, another Calgary firm.

The lawmaker will likely have to divest of those holdings, or put them in blind trust if they aren't already, following an ongoing federal ethics review that is standard procedure for would-be U.S. cabinet secretaries.

But one environmentalist expressed disappointment on Thursday.

Huffington Post: Even The Koch Brothers Disagree With The GOP On The Debt Ceiling

Republicans intent on smashing through the debt ceiling in order to wring some spending concessions out of President Obama are finding themselves awfully lonely these days, but they've kept soldiering on. The latest ally to abandon them may be the toughest to ignore, though.

The president of the group Americans For Prosperity, bankrolled by Charles G. and David H. Koch of Koch Industries, this week said the group wants spending cuts, but warned Republicans that screwing around with the debt ceiling "makes the messaging more difficult," the Financial Times writes. The AFP president also warned Republicans not to be seen as "hostage takers." That's a marked change from the summer of 2011, when AFP objected to a debt-ceiling deal because it didn't cut spending enough, the FT notes. 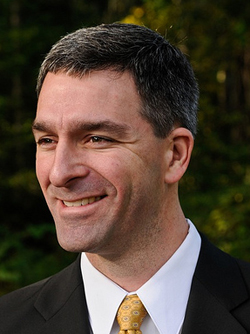 January 15, 2013- WASHINGTON — The gubernatorial campaign of Virginia Attorney General Ken Cuccinelli (R) raised 40 percent of its more than $1 million haul from donors giving $10,000 or more, according to a campaign finance report filed on Tuesday. These large donations came from a collection of corporations, wealthy individuals and political action committees.

Overall, Cuccinelli raised $1,074,150 in the second half of 2012 for his campaign, with five-figure and six-figure contributions totaling $415,000. Virginia's campaign finance laws have no contribution limit and allow corporations to give directly.